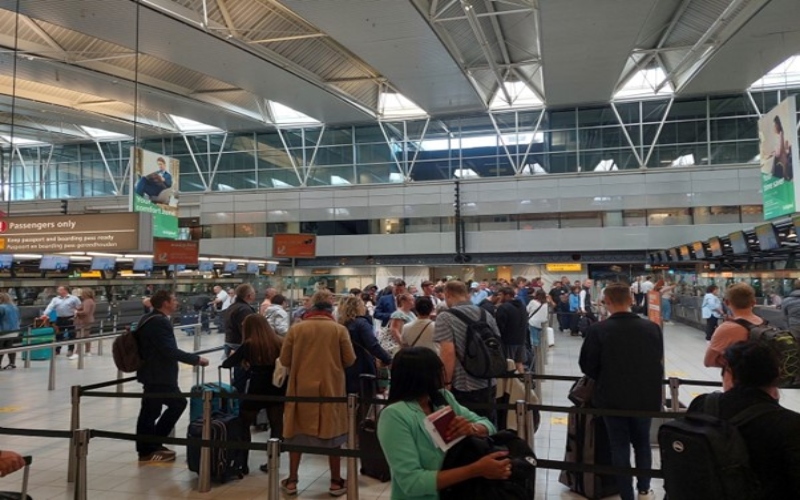 One of Europe’s busiest airports is extending a daily restriction on the number of flights it handles over concerns that it could have 3,500 “too many” passengers per day during busy times.

On Tuesday, Royal Schiphol Group, the operator of Amsterdam’s Schiphol Airport announced it is extending a daily flight limit that has been in place since July, through to September and October.

In September, there will be a maximum of 67,500 local passenger departures per day. This will rise to 69,500 in October, on account of the busier traffic during the autumn holidays, the airport said in a statement, adding that the purpose was to ensure the safety of passengers and employees.

“Schiphol has informed airlines and travel organisations that in and around the two weeks of the autumn holidays, the expectation is that there will be an average of 3,500 too many local departing passengers,” the airport said.

Like many hubs globally the airport has witnessed long delays, queues and cancellations, caused by staff shortages that have left it struggling to cope with resurgent passenger numbers.

The hub first introduced a cap on daily passengers in July, allowing 67,500 per day, before bumping that to 72,500 in August.

The cap comes alongside other measures, including an extension of the hub’s four-hour rule — introduced in July — that urges passengers not to arrive more than four hours before their flights.

“Virtually all parties at the airport are understaffed, and any unexpected changes can result in delays to the entire airport process at Schiphol,” the statement said.

The Dutch airline KLM, which has a major hub at Schiphol, said that while it doesn’t expect the cap to be necessary, it will have to limit ticket sales as a result, reported Reuters.

The airport has been on a hiring spree to minimise the delays. It said it expects 200 security guards to begin work in August, and a further 80 to start in October.

This is partly in response to what it anticipates as a “seasonal affect” that occurs after summer, where “travellers use more bins at security control after the summer because they wear more clothes, such as coats, hiking boots and vests.”

As a result it takes longer for passengers to pass through security with their hand baggage, the hub said in the statement.