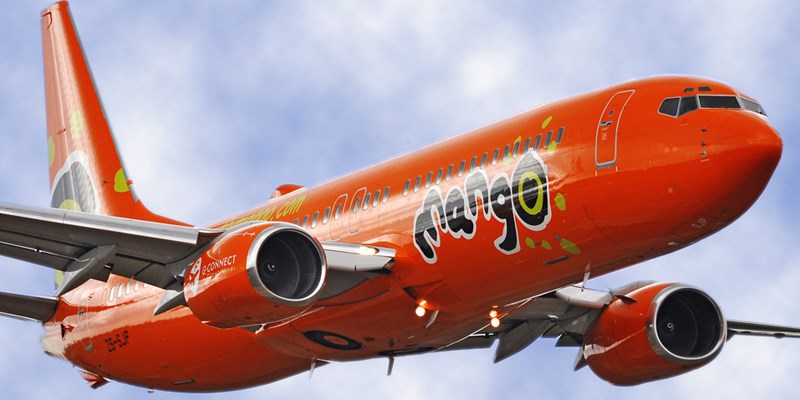 Mango could be placed in business rescue today, Tuesday, July 20.

Local media reported that the staff of the SAA subsidiary had still not been paid their June salaries a week ago, and it appears these staff and crew are still working without pay at the time of writing, July 19.

Yesterday (July 19) The Citizen reported a four-day stand-off between Mango staff and the DPE, saying union representatives met last Thursday with DPE dg, Kgathatso Tlhakudi, its aviation head Nonny Mashika and an unnamed adviser to Minister Pravin Gordhan. The union called the meeting with two concerns, unpaid salaries and the uncertainty around Mango’s position as a subsidiary of the new SAA, under the Takatso consortium, the SA flag-carrier’s new equity partner.

The deadline for an official response by the DPE was last Friday, July 16, 17h00. There was no response.

On Saturday, Mango staff launched a last-ditch attempt with the DPE and the SAA board to save Mango, said The Citizen article. “We have set a new deadline for Tuesday at 10am,” said Jordan Butler of the Mango Pilots’ Association. “If we hear nothing by then, we will proceed with an urgent application to place Mango in business rescue.”

Benediction Zubane, Mango’s spokesperson, told Travel News he could give no comment other than to confirm that the airline’s June salaries had, indeed, not been paid. He said that “highly sensitive discussions” were taking place yesterday, July 19, and he would update the press immediately there was news.

‌Last week, The Citizen reported that employees might likely not get paid for July – a second month. “The situation is very dire for our members who, just a few months ago, were praised by Gordhan for voluntarily sacrificing 50% of their salaries to make sure Mango stays in the air,” said South African Cabin Crew Association president Zazi Nsibanyo-ni-Mugambi. “Now they have been hung out to dry.”

SAA spokesperson, Vimla Maistry, was quoted in the publication saying: “The funds gazetted for SAA subsidiaries totalling R2,7bn have not yet been paid by the shareholder in order for SAA to recapitalise the subsidiaries.”