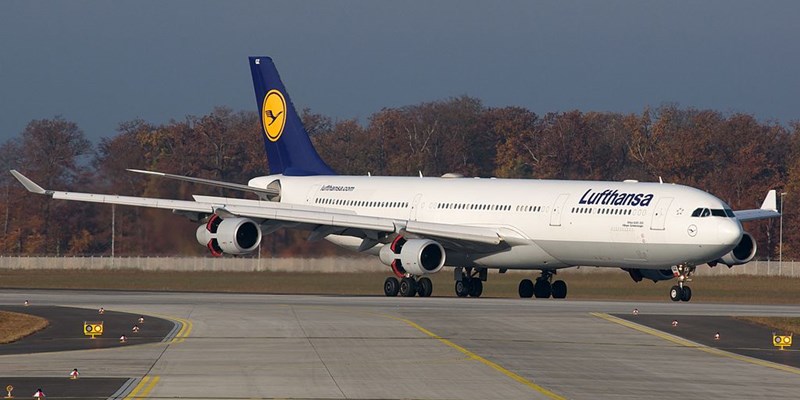 Lufthansa has cancelled almost all of its Wednesday flights from its hubs in Munich and Frankfurt — two of Germany’s biggest airports — because of staff strikes.

Lufthansa ground crew who are members of the ver.di trade union are striking on Wednesday in cities including Frankfurt, Munich, Berlin, Cologne, Dusseldorf, and Hamburg over pay and other benefits.

Because of the strike, “there will be major restrictions in the Lufthansa flight schedule” that day, Germany’s flag carrier said.

Lufthansa confirmed to Insider that it had cancelled 678 flights to and from Frankfurt and 345 to and from Munich across both Tuesday and Wednesday, impacting a total of around 134,000 passengers.

The flights impacted include domestic and European routes, as well as intercontinental journeys to the US, Egypt, India, and Saudi Arabia.

A spokesperson told Insider that some further cancellations and delays on Thursday and Friday were still possible.

Lufthansa said that it would try to offer alternative routes for passengers whose flights have been cancelled.

Customers affected by cancellations shouldn’t travel to airports to inquire about alternatives as “only a few or no service counters are open at the airports due to the strike and you will probably not be offered an immediate alternative there either,” Lufthansa warned.

The airline advised passengers whose international connecting flights from Frankfurt or Munich are cancelled to rebook both parts of the journey for another day. Affected passengers should keep their receipts for alternative transport and hotel stays for compensation, the airline said.

“Should you still take your flight to Frankfurt or Munich without a confirmed alternative for the onward flight, there is a risk that you will not be able to continue your journey there for several hours or days,” the airline said.

Ver.di said that the airline laid off too many staff during the pandemic, causing a shortage of workers. The union wants a salary increase of 9.5%, or at least 350 euros ($355) a month, as well as a minimum hourly wage of 13 euros ($13.20). In mid-July, it rejected an offer by Lufthansa for a three-stage increase in pay.

Michael Niggemann, Chief Human Resources Officer and Labor Director for Lufthansa said in a statement that the strikes were “causing enormous damage,” and “putting an additional heavy strain on our employees in an already difficult phase for air traffic.”

The strikes at Lufthansa come amid mounting travel chaos worldwide. A combination of understaffing and soaring demand for travel means that airlines and airports are delaying and canceling thousands of flights, losing luggage, and facing huge lines for check-in and security.

In June, the airline announced that it was canceling around 900 weekend flights scheduled to depart from its hubs in Frankfurt and Munich in July — around 5% of its average weekend schedule. Eurowings, Lufthansa Group’s budget airline brand, also took “several hundred flights” out of the system for July.