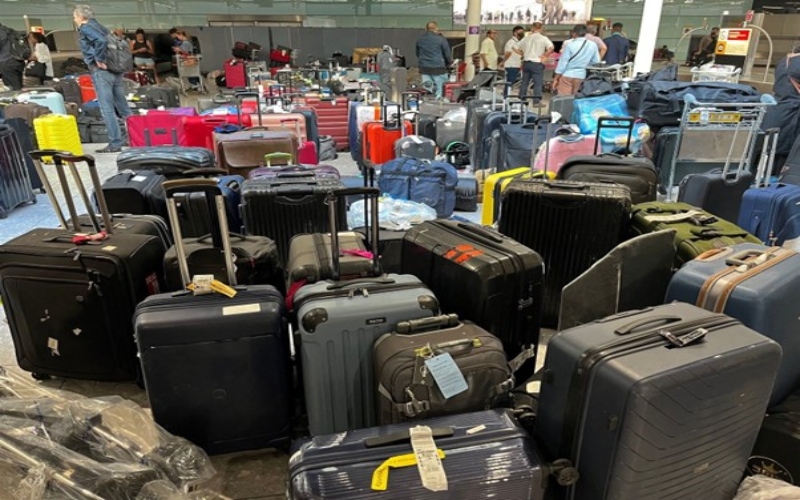 The boss of Frankfurt Airport in Germany has blamed the chaos at airports on black suitcases, the Guardian reported on Friday, citing German media.

Stefan Schulte, the head of Frankfurt Airport, advised passengers to hand carry their belongings when possible and to use suitcases that are easy to spot. Black suitcases are so common, it’s “hard to distinguish them from each other,” he said, per the Guardian.

“Many people travel with black suitcases on wheels which makes identifying them very time-intensive,” added Thomas Kirner, a Frankfurt Airport spokesperson, per the Guardian.

Frankfurt Airport slashed 4,000 jobs during the pandemic and is struggling to cope with a surge in air passenger demand as restrictions ease. It has only managed to rehire 1,000 new ground service staff so far, Reuters reported on July 6.

Due to staff shortages, disruptions at Frankfurt Airport were expected to persist for the next two to three months, Schulte said in early July, per Reuters. Just last week, there were some 2,000 suitcases stranded at the Frankfurt Airport, according to Bild.

The aviation sector is dealing with a messy summer travel season with flight delays, lost bags, and chaos across the industry — and particularly in Europe — as demand has returned to pre-pandemic levels. Issues faced by airlines include staff shortages and bad weather.

Industry participants have been blaming one another for the chaos.

Over the weekend, the CEO of ground-handling giant Swissport slammed governments for their “invented political science” that led to massive layoffs, swissinfo.ch reported. Swissport CEO Warwick Brady told Swiss media outlet Luzerner Zeitung that “after the massive job cuts that were absolutely necessary at the time, there is now a lack of staff everywhere.”

Last week, the chairman of London Heathrow Airport hit back at airlines that have been blaming the aviation hub for the travel chaos. Airlines such as the Emirates and Qatar Airways have criticized Heathrow for limiting the number of passengers who can fly out from the facility each day.

As airlines slashed ground-handling jobs during the pandemic, over half of ground handlers across Europe have left the industry, Lord Paul Deighton, the chairman of Heathrow Airport, wrote in the Telegraph on Tuesday. Such workers handle a wide range of jobs in airports from check-in to loading and unloading bags.

Ground-handling companies are trying to fill the positions, “but if their airline customers won’t pay market rates, then they aren’t able to fill the posts,” Deighton wrote.