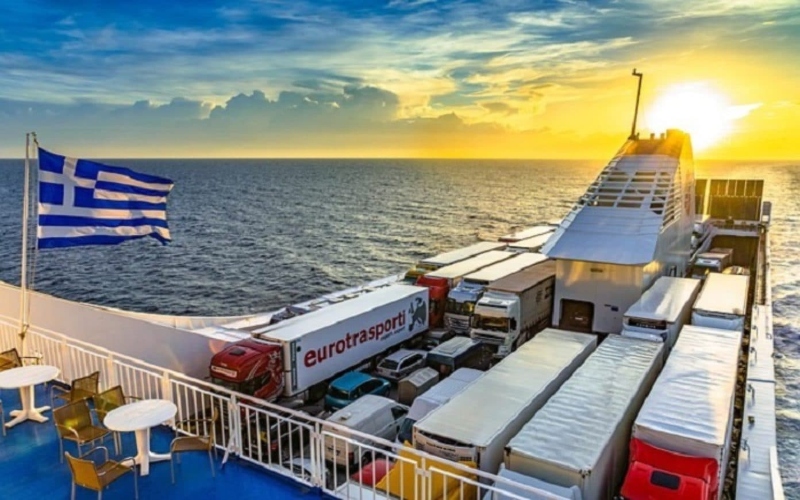 Cypriot President Nicos Anastasiades attended a ceremony at the port of Limassol to mark the launching of a ferry connection with Greece, hailing the event as “historic”.

“At last, the umbilical cord through shipping that connected Cyprus with Greece, is being re-established in a more efficient way, with more modern ships, but also with the most important aspect, which was to offer this alternative possibility to the citizens who wanted it,” he said.

The last ferry departure from Cyprus to Greece was in October 2001. After that, only cargo vessels and international cruise ship docked in Cypriot ports.

Up to 2001, there were regular departure of ferries from Limassol to Rhodes and Piraeus, but were discontinued as people had the alternative of a 90-minute air travel, as flights to Athens became more frequent and inexpensive.

However, several thousand people with air phobia or who just wanted a leisurely trip to Greece and the possibility of carrying along a car, demanded the resumption of a ferry connection between Cyprus and Greece.

The Cypriot government had to offer a €5.5 million (abot R90m) subsidy a year, after obtaining a special permission from the European Union, to secure interest by ship owners to operate a regular ferry link between Limassol and Piraeus.

The route will be operated by a Cypriot-registered cruiser, the Daleena, which can carry up to 270 passengers and 100 cars. The voyage will last about 30 hours.

Daleena will make a total of 22 voyages this year until mid-September. The agents of the ship said almost all trips had been booked.

They said that 6 500 have reserved a cabin or seat on the cruiser and have also reserved berths for 1 500 vehicles.

A return ticket in a VIP cabin will cost €160, about the same as an economy prime time air ticket, a return second-class cabin €80 and a return berth for car up to 5m €203. All one-way tickets will cost one half of the full trip.

Deputy Minister for Shipping Vassilis Demetriades said the ferry connection would serve a dual purpose, offering an alternative to air travel for residents of Cyprus and giving a boost to maritime tourism, as people in Greece had shown a big response.