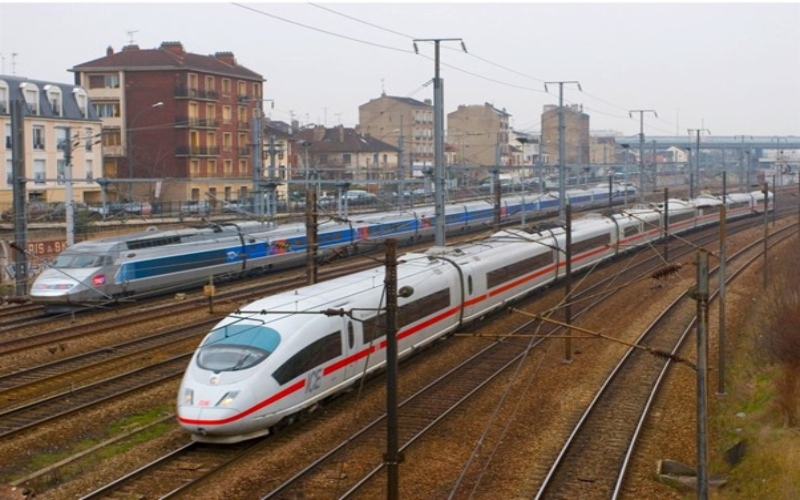 A direct high-speed train between Paris and Berlin is now in progress with the promise of an efficient and eco friendly journey between the two major European cities.

Germany and France’s railway services already operate several daily trips across the countries’ borders, including a route between Stuttgart, Germany and Paris.

As of now, the services don’t operate directly between Paris and Berlin.

But this could change by December 2023, the targeted rollout of the new route, Jean-Pierre Farandou, the president of SNCP, told French news publication AFP.

The upcoming rail service may be high-speed, but don’t expect it to travel faster than a plane: The journey between Berlin and Paris will be a lofty seven hours long, AFP reported.

This upcoming direct service will be much slower than the under two-hour direct flight, but it’s still the “best alternative” to flight for both business and leisure travellers, Jean-Pierre Farandou, the president of SNCF, said in a statement.

This upcoming service comes during a push and rise in train travel amid the ongoing climate crisis.

While slower and sometimes more expensive, travelling by train is often considered a more environmentally friendly alternative to flight.