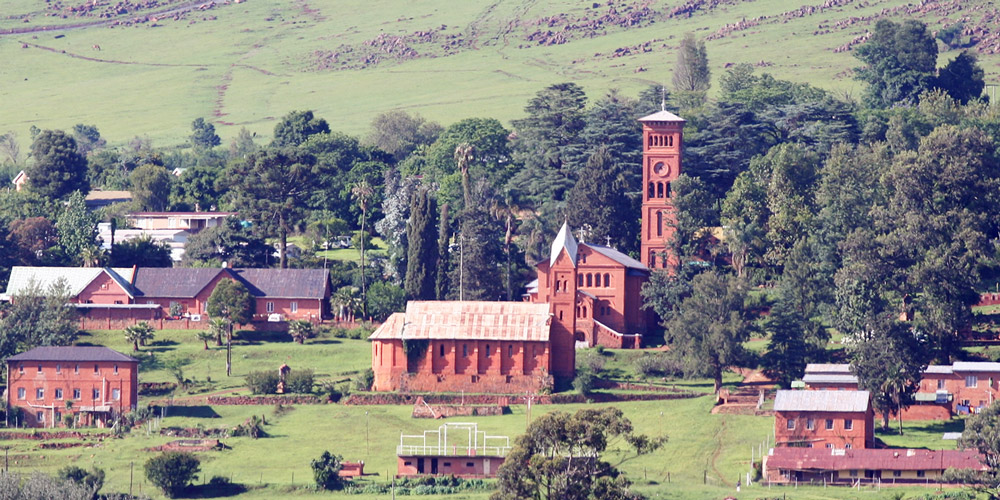 Travelling along the dusty roads in the foothills of the Drakensberg the observant traveller is sure to stumble across one of the several large red-bricked churches which, at first, seem to be out of place, but on closer examination are very much part of the landscape and the community they serve.

Many of the churches are wonderfully decorated with murals, paintings and stained-glass windows and are well worth a visit.

These churches are the heart of the missions built by the monks of the Trappist Order of the Catholic Church over a century ago. The story of the missions is a fascinating one and is as colourful as their founder Father Franz Pfanner.

He arrived in Port Elizabeth from Austria in 1880, with the intention of establishing a mission in the Eastern Cape. This did not work out and he settled in Natal where he established the Mariannhill Monastery 16 km inland from Durban.

The Trappists adhere to a strict monastic life with little contact outside of the monastery and near silence within.

He soon clashed with his Order as he wanted to work among the local communities. He did this and established schools, health clinics, craft workshops, even a printing press and farms, which provided much-needed work.

Word of the successes at Marianhill spread and in 1886 Father Pfanner was asked by Chief Sakhayedwa to establish a mission in the Underberg area. The monks got to work and soon Reichenau Mission was built and just two years later Centocow Mission was established on the banks of the Umzimkhulu River close to Creighton.

If you are visiting the Southern Drakensberg these two missions are well worth a visit.

Reichenau sits on the banks of the Polela River, where water is diverted from the river down a chute turning a turbine, which in turn drives the old mill.

A call ahead is advised and a local guide can be arranged who will show you around and share the history of the mission. 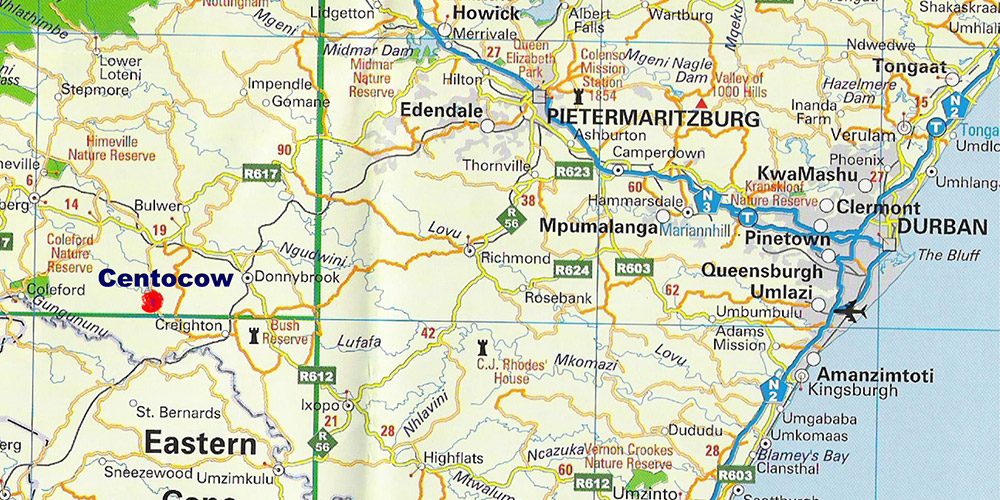 A short scenic drive along the P123 will take you to Centocow Mission which is unusual as it has two churches. Affectionately known as first church and the second church they stand side by side. The first, much smaller church only saw service for about 20 years before its more majestic neighbour was built in 1913.

By the early 2000s, the first church was in a terrible state with cracks in its tower and other structural problems. Initiatives to boost local tourism lead to the renovation of the church and today it serves as a museum and art gallery dedicated to the work of the artist Gerard Bhengu, who was born at Centocow in 1910.

His talent for drawing and painting was recognised at an early age and a teacher gave him a set of coloured pencils, and the Schools’ Inspector presented the young Gerard with his first watercolour paints. Fine examples of his work can be seen at the museum and gallery along with the remarkable story of the R4.5 million renovation of the old church building. 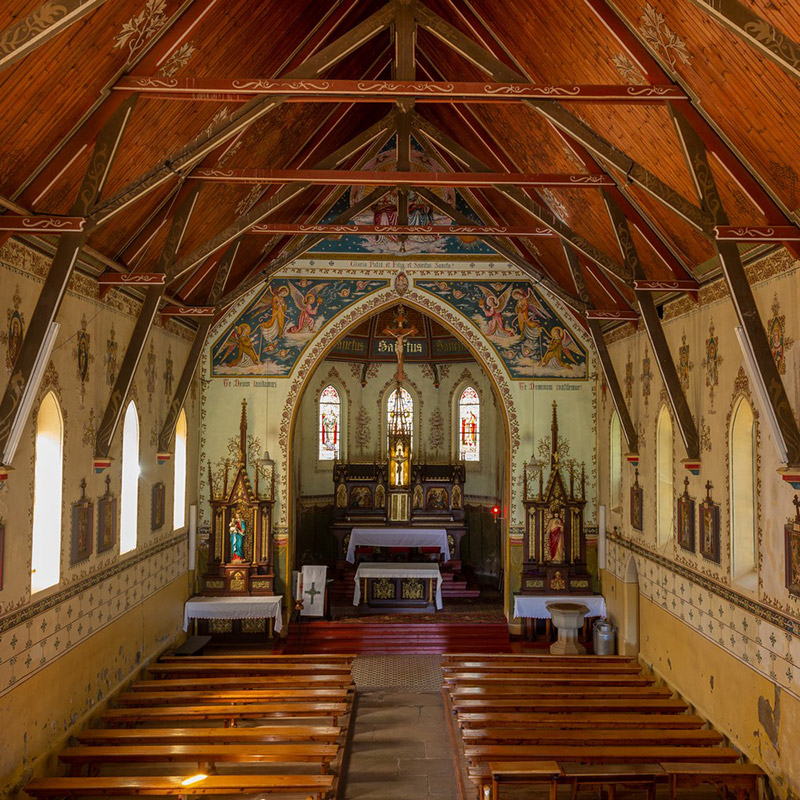 The interior of the church at Reichenau is a wonderful sight to see.